Spacetech startups are ready to take off in India

While the Indian Space Research Organization (ISRO) has been at the forefront for driving the space sector so far, the finance minister announced opening up the sector to private players in May. 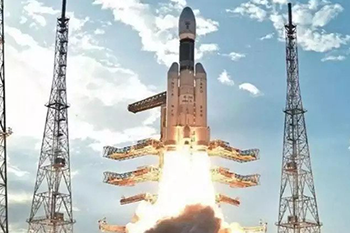 Investors, who have placed bets on space startups, believe that the time for space tech is ripe now, driven by tailwinds that include proliferation of micro-satellites, reduced launch costs, and the need for more real-time deep intelligence

New Delhi: Spacetech startups in India are ready to take off, spurred by government policy, local tech expertise and increasing investor interest. A slew of startups such as Pixxel, Bellatrix Aerospace, Agnikul, Vesta Space among others, led by young founders, have raised funds amid the pandemic, as they identify unique opportunities in space that can solve problems across industries.

While the Indian Space Research Organization (ISRO) has been at the forefront for driving the space sector so far, the finance minister announced opening up the sector to private players in May. The reforms include level playing field for private companies in satellites, launches and space-based services by introducing a predictable policy and regulatory environment to private players and providing access to geospatial data and facilities of ISRO.

“The government is making a lot of good noise, we are very excited with the intent.. that’s a great start. The space tech startups in India are extremely good and can launch a rocket at 1/3 rd the cost as compared to US in the same segment,” says Arpit Agarwal, principal at Blume Ventures.

Investors such as Blume Ventures, StartupXCeed and Inflexor Ventures, who have placed bets on space startups, believe that the time for space tech is ripe now, driven by tailwinds that include the proliferation of micro-satellites, reduced launch costs, and the need for more real-time deep intelligence on our planet.

There were three funding deals in 2020, according to data sourced from Tracxn.

Pixxel raised $5 Million seed funding from Blume, growX and Lightspeed that will strengthen its plans for its first satellite launch later this year and accelerate development of the second satellite. In March, Agnikul, a Chennai-based spacetech startup raised ₹23.4 crore led by pi Ventures and in May, Pune-based Vesta Space Technology raised $10 million from US-based Next Capital LLC.

“India has many advantages in space tech. Indian companies will spend less both in terms of manufacturing and operating costs as compared to US companies, we have an enormous talent pool of engineers that we can tap into and the VC eco system is warming up,” said Awais Ahmed,CEO, Pixxel that raised $5 million in seed funding in August.

Founded in 2019 by then 21-year olds Awais Ahmed and Kshitij Khandelwal, while still studying at the Birla Institiute of Technology and Science (BITS), Pilani, Pixxel’s satellites claim to collect high quality data as compared to today’s satellites that will then be analyzed using machine and deep learning models in order to detect, monitor and predict global problems. The first satellite is scheduled to launch towards the end of this year on a Soyuz rocket.

Founders said that VC funds are also warming up to spacetech startups.

“Last 6 months interest has been increasing with 2-3 big fundings in the last six months. This was unthinkable of 1.5 years ago,” added Ahmed.

StartupXseed, that launched a second fund of ₹200 crore for investing in seed and growth stages in deep tech last week, has backed a number of startups working in space..

“Space startups have a long gestation cycle so lot of VCs were not looking at this sector. The bigger VC funds look for bigger deals. It needs lot more effort and focus to identify such companies, but there is enormous potential in India. People are waiting for 1-2 success stories… things will open up then,” Ravi Thakur, co-founder, StartupXseed.

Thakur claims that demand is picking up while the technology and talent in India is on a par with the Silicon Valley and with the government opening up the sector, space tech startups are in a good orbit.

Part of StartupXseed’s portfolio,Bellatrix Aerospace that is developing orbital launch vehicles (rockets) and electric propulsion systems for satellites, raised $3 million in a pre-Series A round last year.

“Now is the best time to do a space tech startup, because the government and ISRO have opened up the space sector. Earlier there was no legal framework to launch a satellite or rocket, neither was ISRO facility open for private companies,” says Yashas Karanam co-founder and COO at Bellatrix.

The Indian Institute of Science (IISc) incubated startup, founded by two 22-year-olds, is also the only venture in India to have a technology development contract from ISRO for an electric propulsion system

Blume’s Agarwal added that deep tech startups working in AI, medical imaging, drones, robotics, automation, and spacetech have lot of potential and there is enough experience available in the ecosystem that a new startup can leverage.