Cutting a path through space junk 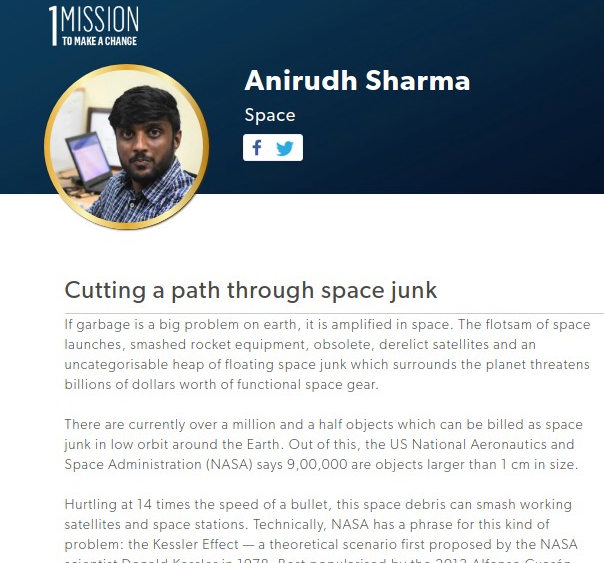 If garbage is a big problem on earth, it is amplified in space. The flotsam of space launches, smashed rocket equipment, obsolete, derelict satellites and an uncategorisable heap of floating space junk which surrounds the planet threatens billions of dollars worth of functional space gear.

There are currently over a million and a half objects which can be billed as space junk in low orbit around the Earth. Out of this, the US National Aeronautics and Space Administration (NASA) says 9,00,000 are objects larger than 1 cm in size.

Hurtling at 14 times the speed of a bullet, this space debris can smash working satellites and space stations. Technically, NASA has a phrase for this kind of problem: the Kessler Effect — a theoretical scenario first proposed by the NASA scientist Donald Kessler in 1978. Best popularised by the 2013 Alfonso Cuarón film Gravity, the scenario says that when the buildup of space pollution can trigger a cascade of collisions which generates further space debris. This, in turn, further increases the risk of collisions.