Most of the start-ups are based on moonshot ideas, including drones to transport organs and devices for diagnosing diseases 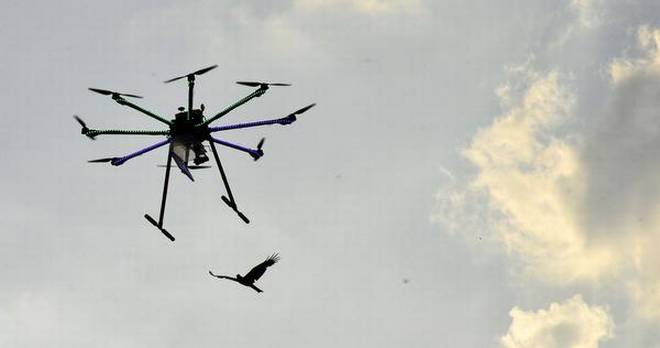 Better known for his former role as the programme director and chief designer of India’s indigenous light combat aircraft (LCA), 75-year-old Kota Harinarayana is the founder-chairman of General Aeronautics, an Indian Institute of Science (IISc) incubated start-up. The start-up designs and makes unmanned aerial vehicles or drones focused on security and civilian applications. One application is to use these drones to transport organs faster than ambulances for organ transplant procedures to save lives.“For organs, especially the heart, the life is very limited after it is harvested from the donor,” says Dr. Harinarayana. “But the road transport takes a long time as a result of which quite often when the organ reaches to the recipient, it is in unusable condition.”

General Aeronautics is among a growing number of start-ups incubated by the Society for Innovation and Development (SID) housed on the IISc campus in Bengaluru, which aim to commercialise innovations that can have a direct impact on society.

Most of the start-ups are based on moonshot ideas. These include drones to transport organs, satellites that provide Internet connectivity in rural areas and devices that help doctors to detect and diagnose diseases like cancer.

“The risk is high. When they come to us with a proposal, our job is to make sure that while it may look like a moonshot idea, it is actually doable,” says C.S. Murali, chairman, STEM Cell, SID, IISc. “Our vision is to really help commercialise science and technology for the societal benefit through start-ups,” says Mr. Murali, who brings business expertise from his long years in the tech and venture capital industries.

The incubator, tucked away in a discreet corner of IISc’s verdant campus, connects these deep science start-ups with customers and investors and even helps in writing the business plans. What differentiates the SID facility, says Mr. Murali, is that it also supports the young ventures with business and technical mentorships from the institute’s faculty and provides access to its sophisticated equipment.

“We proved that we can bring academia, research and development [organisations] and industry together and achieve a world-class product,” says Dr. Harinarayana of General Aeronautics. The company is also working with IISc to develop ‘Life Box’ a device which can keep the heart harvested from the donor in good condition and increase its preservation time by maintaining various parameters such as temperature. The box would be transported to the recipient for transplant using a drone.

“Our whole concept was only on the paper… IISc believed in it and incubated us,” says Neha Satak, who along with Prasad HL Bhat co-founded Astrome, a space technology company which could potentially compete globally with tech entrepreneur Elon Musk’s SpaceX. Astrome’s goal too is to solve the problem of connectivity by beaming high bandwidth Internet from space.

Astrome is developing a technology that it says would cut the cost of Internet access through satellites by 12 times. It plans to launch 200 satellites in the next few years to low-earth-orbit to beam reliable Internet to people living in small towns and villages. The firm says its Internet would be available in all developing countries and along major sea and air routes.

Reliable Internet connectivity, says Astrome, has the potential to bridge the rural-urban economic divide and revolutionise healthcare and education.

Another start-up SIAMAF Healthcare has built a technology for the staging and treatment of breast cancer. Its first product is MafPro, an ultrasensitive hand-held magnetic probe which offers “unprecedented quality and value of care benefits” to patients, doctors and hospital administrators, according to the company. “Our device can tell how far cancer has spread and that provides enough information to the doctor to make a proper diagnosis,” says Subhasis Sarangi, founder of SIAMAF. A physicist and biomedical engineer working at St. John’s Research Institute, Dr.Sarangi says the device has successfully completed initial laboratory and animal validation. Head and neck cancer, melanoma, colon cancer and lung cancer sufferers are also likely to benefit from this technology, according to Dr.Sarangi.

His peer Vinay Kumar’s venture PathShodh Healthcare is leveraging the bio-sensing technology for point-of-care devices aimed at providing ease-of-diagnosis and better management of chronic diseases. PathShodh has introduced first of its kind handheld device with the capability to measure multiple biomarkers specifically targeting diabetes and its complications, kidney disease, anaemia and liver-related ailments. For instance, its phone-sized device is able to test eight different parameters related to diabetic management and early detection of complications such as kidney failure. “Most of these tests are available in big pathology labs [and] we can cut the cost by 70% which these labs are charging,” says PathShodh’s co-founder Dr .Kumar. He aims to “democratise diagnostics” as this device can be taken to remote areas and it can store thousands of test reports which can be transferred via Bluetooth or the mobile network. The venture which has already filed eight patents in different countries including the U.S. and U.K. intends to deliver its diagnostic products to medical professionals, institutions and channel partners worldwide.

SID is also incubating Mimyk which works on developing immersive medical simulation technologies and combines hardware and software to create such platforms. Simulations can improve the result of surgeries as “doctors can practice them before performing them on patients as well as visualise the operative procedures in real time while actually conducting them,” says Shanthanu Chakravarthy, co-founder of Mimyk. Its technology was developed through a collaborative research and development activity carried out at the various IISc labs.

However, at a time when e-commerce companies are raising billions of dollars, many of the founders said “scaling up” is a challenge as most of big mainstream venture capital investors shy away from investing in deep science start-ups. “The mindset of the investors has to change… [and] not only focus on e-commerce but also on intellectual property and technology-led companies,” says Sondur Madhan Babu, co-founder and CEO of Mymo Wireless, an indigenous fifth-generation wireless [5G] technology provider. Despite generating a revenue of $2 million last year and expecting to touch $4 million by next year, Mymo found it a challenge to raise venture capital. Mymo which was co-founded by Madhan Babu along with Sondur Lakshmipathi had been earlier licencing its technology to multinationals. It now wants to make its own powerful 5G chipset modules and take on large players like Qualcomm and China’s Huawei, but the firm requires a total funding of about $7 million. Mymo says compared to the technology provided by these multinationals its 5G chipset modules would be much cheaper, faster and would consume very less power to run gadgets ranging from phones, smartwatches to the Internet of Things (IoT) devices. “The entire technology for the chipset module to operate is ready on the table,” says Mr. Madhan Babu.

Mr. Murali of SID points out that not every company would succeed as they incubate high-risk and high-reward firms. “But the impact that they can create if successful is tremendous,” he says.