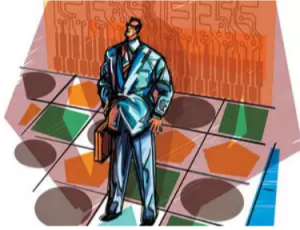 Things started moving about 10 years ago, when the Department of Electronics and Information Technology provided up to Rs 2 crore to academic institutions to promote entrepreneurship. Some of the big universities were already in the game on their own.

At IIT Madras, electrical engineering professor Ashok Jhunjhunwala had set up Midas in the late 1990s to commercialise wireless telephony and broadband. At the Indian Institute of Science (IISc), Bengaluru, four professors had started two companies: Strand Genomics and PicoPeta Simputers. But until the government grants came in, academics were on their own. There was no help from the institutions.

The grant, called Technology Incubation and Development of Entrepreneurs (TIDE), made it possible to incubate companies within academic institutions. Incubation centres provided office space, mentorship and some seed money for professors wanting to start companies.

Professors were allowed to spend a day in the week working for their companies. IISc, which changed its rules in 2000 to allow faculty to launch companies, started promoting entrepreneurship in a big way. Now seven companies are incubated there, through the Society of Innovation and Development (SID), a non-profit society promoted by IISc.

It promoted a Section 25 company that could earn profits – to be reinvested – through equity in companies. SID also has started raising money from private sources, as contribution to entrepreneurship counts as a Corporate Social Activity. SID has seven academic startups in its premises now.

Once it made up its mind, IISc has had a smooth ride in making the rules for entrepreneurship. The institution can hold equity in exchange for knowledge, something the Council of Scientific and Industrial Research (CSIR) has still not implemented.

CSIR had started encouraging entrepreneurship in the mid-1990s, when RA Mashelkar was director-general. It floated a scheme where a scientist could go out and start a company, and come back within three years if the venture failed. There were no takers for this scheme, which was closed after five years.

Now entrepreneurship is strong in CSIR, but it is yet to set up systems that can hold equity in companies promoted by its employees. Other institutions, however, have reacted quickly to the demands of entrepreneurship. The Jawaharlal Nehru Centre for Advanced Scientific Research (JNCASR) formed its rules soon after a faculty request to do so.

“JNCASR took a liberal view of entrepreneurship,” says Vijay Chandru, chairman of Strand Life Sciences and a member of the panel that formed the rules at JNCASR.

Many major academic institutions are now well on their way to assisting faculty wanting to set up companies. “Academic startups produce breakthroughs,” says Sharad Sharma, angel investor in Bengaluru and founder of the software product think tank iSpirit. Would they be among the billion dollar companies of the future? A few academic entrepreneurs think so.