BENGALURU: The Indian Institute of Science(IISc), which last year put in place the country’s first indigenous smart factory, moving from automation to autonomy, is expanding the facility. The expansion is expected to help future incubations use the facility and aid new research. 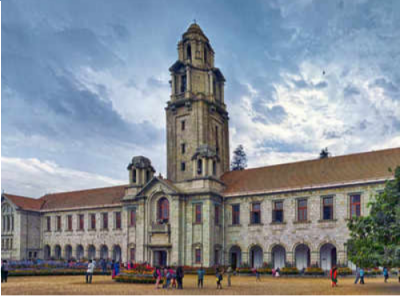 While the existing smart factory, which was seed funded by The Boeing Company is already armed with data exchange in manufacturing and the Internet of Things (IoT), the 108-year-old institute is being funded by the ministry of heavy industry and public enterprise to expand it.

German auto component manufacturer Bosch, according to reports, will begin implementation of smart manufacturing at its 15 centres in India by 2018, while General Electric has invested $200 million in its only multi-modal factory in India, where digitally interlinked supply chains, distribution networks, and servicing units form part of this intelligent ecosystem. “Smart factories set up by private firms are based on existing learning and to meet their customized demand our facility will allow researchers to create newer algorithms or design new tools that can shape the future of smart factories in the country,” a senior professor from IISc told TOI.

Reports peg the smart factory industry — described by some as revolution industry 4.0 — to touch $215 billion by 2025, and there has been no major economy in the world that is not embracing it. TOI first reported about the IISc smart factory in 2016, when it was being put in place by the Centre for Product Design and Manufacturing (CPDM). Sources at IISc said funding for expansion is coming in through the institute’s Society for Innovation and Development, which already houses high-quality incubations and startups. “Given that the expansion is coming through SID, you will see its incubations make use of the facility as much as researchers will to develop new tools and products,” the professor said.

Any factory has four key elements: machine and tools, people who use them, parts that get fabricated, and the environment in which all this happens. In a smart factory, all these things exist, but they are all continuously collecting data, analysing them and using them to attain the optimal result with as little physical intervention as possible. At the IISc factory, data is being collected through a variety of sensors. From the posture of the man welding to the kind of energy the welding machine is using, there’s data on everything. The factory is self-aware.