Funding in Indian tech-led startups rose by 14 percent in the first quarter of 2020 as compared to the same period last year, yet only 16 percent startups and SMEs have cash to survive for more than three months, revealed a recent survey 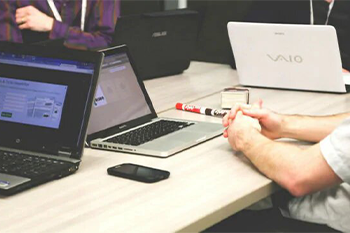 There are two extreme situations being noticed currently with regards to funding in the startup sector. While on the one hand, a handful of startups have raised millions from established and reputed names from the corporate world in the time of COVID-19, on the other hand, more than 40 percent of Indian startups and SMEs have run out of cash.

Similarly, Mahindra Group chairman Anand Mahindra recently invested $1 million (about Rs 7.5 crore) in Gurugram-based Hapramp, a startup working on technologies like blockchain and data protection in social media. The startup was founded in 2018 by five students of Indian Institute of Information Technology-Vadodara.

Overall, Indian tech-led startups attracted funding worth $2.5 billion in the first quarter of 2020, a 14 percent rise compared to the same period last year, even though globally funding in startups dropped by 15 percent to $60 billion in the same quarter.

It is true that startups are not immune to the upheaval the world is facing because of the COVID-19 pandemic. Firstpost spoke with some investors to find out what does this situation portend for them.

Many of the B2C startups with large customer acquisition spend are now facing deep financial crisis. As fundraising is very hard in the current climate, investors are conserving cash to support those startups in their portfolio that have the clear chance of sustenance, said Naganand Doraswamy, founder and managing partner, Ideaspring Capital, an early stage venture fund.

“The next one year, in general, will be a difficult period for startups to raise money because of these issues. However, those that are able to survive this pandemic will come out stronger at the end of this in about a year,” he said.

Under this initiative, XHealth Innovation Lab will be incubating ten startups in each cohort twice a year. The company, in the press statement, said that the applications will be open on June 20 for the first cohort starting in October 2020.

Investors and analysts said that funds can be expected and will be available only for those tech startups that fulfill a need in the current COVID-19 affected world. Products that use emerging technologies will be preferred.

Paula Mariwala, partner, Seedfund and co-founder, Stanford Angels, said that with consumption going down due to the virus impacting all sectors, funding for startups is bound to change.

However, Mariwala informs that funds would be available for fintech, edtech, and content streaming platforms.

Some funding can be expected for those startups that are into securities and are collaborators in the work-from-home space, too, she added.

Concurring with Mariwala, CS Murali, chairman of the Entrepreneurship Cell at Society of Innovation and Development (SID), IISC-Bangalore, said that digital infrastructure presents an opportunity.

Providing massive broadband access at affordable tariffs can go a long way to enable healthcare and education. If this can be done completely wirelessly and reach even remote areas, it can produce the same type of revolution that mobile phones did, he said.

Analysts also say that with the economy bound to take time to recover, the future presents unique opportunities in healthcare.

“Several startups and existing companies responded quickly to the pandemic and came up with PPE kits, disinfection devices, low cost ventilators, etc. Startups that come up with solutions that are long-lasting can do well,” Murali said.

With students increasingly being forced to learn online since the announcement of the nationwide lockdown, online education companies stand a better chance to receive funding. Any content to do with tutoring, corporate training would get funding, analysts said.

However, Mariwala said that monetisation would be a challenge in such startups.

The over the top (OTT) media services like Netflix and Amazon Prime and other service streaming platforms would attract investment as well, said Mariwala since entertainment is now confined to homes

“Data is going to be key. Funds will be given to those sectors which are betting on the future,” she said, adding that health tech platforms too are likely to do well.

Consumer confidence collapsed in May 2020, with the Current Situation Index (CSI) touching historic low and the one year ahead Future Expectations Index (FEI) also recording a sharp fall, entering the zone of pessimism, as per the Consumer Confidence Survey (CCS) released by the RBI earlier this month.

On Thursday (18 June), Fitch cut its outlook on India’s sovereign rating to ‘negative’ from ‘stable’ and forecast a 5 percent contraction in growth for the current fiscal year, saying the coronavirus outbreak was extracting a heavy toll on the economy.

COVID-19 pandemic along with a health emergency has brought with it many struggles for India’s startups and SMEs. Since the starting of the lockdown in the last week of March, startups and SMEs have seen a drastic fall in revenues and have been struggling to make ends meet. Some of the well-funded startups in the country have announced layoffs and furloughs, and have been scampering to reduce cash burns in the race for survival.

Around four percent also said that they have already shut down the business due to the lockdown effect.

Many businesses have reported a revenue drop of more that 80-90 percent in the last two months making it hard for them to even sustain their business.

The comparison from April to June 2020 shows that the percentage of startups and SMEs out of funds has risen from 27 percent to 42 percent, showing a worrisome situation, the survey found.

Startups can largely expect this trend of low revenues to continue for a quarter or two. Doraswamy of Ideaspring Capital said that although B2C startups in many sectors are facing immediate impact due to closures, B2B and B2B2C startups will be impacted in a quarter or two as the effect trickles down to enterprises.

Due to the steep drop in revenues, the best-laid plans of the startups are severely affected, he said.

However, venture capitalists (VCs) will be prone to continue funding in startups they have already invested in rather than fund new firms, said analysts.

They also said that VCs will fund internal rounds of the startups.

All funds are targeting millennials, especially in the 30-year-old category as they are driving the consumption online, another analyst added.