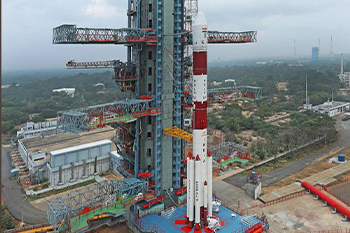 With India allowing private companies to operate within the premises of Indian Space Research Organistaion (ISRO), this is expected to create huge opportunities for the country’s fledgling aerospace start-ups. These could range from building and launching rockets and satellites to providing space services commercially and even being part of planetary exploration missions, say industry insiders.

ISRO has said Indian National Space Promotion and Authorisation Centre (In-SPACe), the new nodal agency which was approved by the Cabinet this week, will take six months to start functioning. In-SPACe will drive the building of satellites, rockets, or launch services through Indian industry.

Speaking to reporters, K Sivan, chairman of ISRO, said, “We have not received proposals from big players, but have interests from start-ups for projects ranging from satellite making to service providing. We hope that the big players will also come forward so that we can expand our presence in the global space market.”

The Cabinet on Wednesday approved participation of the private sector in the entire range of space activities.

Participation of start-ups in the space sector has largely been minimal so far. Their participation will be the key towards building India’s very own aerospace companies such as Maxar, Elon Musk’s SpaceX and Rocket Labs, according to experts.

Hyderabad-based full-stack space systems design and development company Dhruva Space anticipates that renewed efforts and regulatory reforms will further boost the ‘new space’ industry in India. “We have reached out to ISRO on several occasions for utilisation of their facilities. They have always been supportive in providing valuable inputs, suggestions and facilitated inter-departmental coordination for our satellite development projects, among other things,” said Sanjay Nekkanti, founder of Dhruva Space.

Bengaluru-based Pixxel, which is India’s first private earth imaging company, has also reached out to ISRO to access its testing facilities. Kshitij Khandelwal, co-founder and chief technology officer (CTO) at Pixxel says he hopes that the move to allow private firms should not only benefit bigger players like L&T and Godrej, but a variety of companies, including start-ups. “It’s really interesting watching how we can work with them in space and we’re definitely excited about it.”

Pixxel is working on building a constellation of earth-imaging small satellites to provide real-time and affordable satellite imagery. It will provide global coverage every 24 hours, once the satellites are fully deployed.

Experts said there is also huge scope for the commercialisation of ground operations like mission support, satellite broadband gateways and 5G backhauling. One of the firms Astrome could potentially compete globally with tech entrepreneur Elon Musk’s SpaceX, to solve the problem of connectivity by beaming high bandwidth internet from space. It is developing a technology that could make the cost of internet access through satellites affordable.

“There could be opportunities for the Indian space sector to collaborate with start-ups by licensing their technologies and working together in lower orbits possibly,” said Venkatesh Kumaran, president, Astrome. The firm said it is moving up the value chain by deploying its wireless backhaul products in ‘terrestrial’ followed by early trials of its space products in 2020.

Last month, Elon Musk’s SpaceX became the first private firm to launch human beings into orbit using the Falcon 9 rocket and Crew Dragon spacecraft. The launch was important as it signified American astronauts being launched into orbit, since 2011. Space entrepreneurs want to achieve a similar feat in India as well.

Experts said the changing focus of ISRO’s commercial arm, New Space India (NSIL), from supply-driven approach to a demand-driven one indicates that majority of the commercial activities may be outsourced to numerous industries as and when there is increasing demand.

“This will surely help ISRO receive more international orders since it will be able to deliver more frequent launches than before,” said Yashas Karanam, director at Bellatrix Aerospace, which is developing orbital launch vehicles (rockets) and electric propulsion systems for satellites. The firm is aiming to reduce satellite mission cost through its patented systems.

“It is a massive opportunity for start-ups to be able to work with ISRO. I believe it would increase the number of companies emerging in the space sector in the country and make it easier for them to do business here,” said Manish Singhal, founding partner, pi Ventures. In March, the early-stage venture fund had invested Rs 23.4 crore in Agnikul, a Chennai-based firm that is pioneering 3D printed single-piece rocket engines and building an orbital-class launch vehicle that can take small satellites to space.

“It looks like the government is trusting the start-ups now and I think it is up to the start-ups to step up their game,” said Srinath Ravichandran, co-founder and chief executive officer (CEO) of Agnikul.

Valued at around $7 billion, the Indian space industry is just around 2 per cent of the global market that stands at around $360 billion.

According to a report by consulting firm PwC and Antrix Corporation, the Indian space sector has the potential to become a $50 billion industry, growing at a compound annual growth rate or CAGR of 48 per cent over the next five years. “Since India is a major space-faring nation, Indian start-ups can leverage the situation for business gains, provided ISRO handholds them,” Rakesh Sasibhushan, chairman and managing director at Antrix was quoted in the report.