These annual awards recognise contributions made by IISc alumni to their profession, society, and the Institute. The nominations received are evaluated by a committee appointed by the Director, IISc. 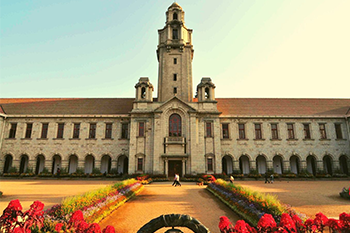 Four scientists and engineers have been selected to receive the distinguished alumnus/alumna award of the Indian Institute of Science (IISc). This year’s awardees are K Rajalakshmi Menon, BS Murty, Sethuraman Panchanathan, and Dr Keshab Panda.

These annual awards recognise contributions made by IISc alumni to their profession, society, and the institute. The nominations received are evaluated by a committee appointed by the Director, IISc.

Rajalakshmi Menon is currently a scientist and program director of the Intelligence, Surveillance, Targeting, and Reconnaissance (ISTAR) programme of the Defence Research and Development Organisation (DRDO). She has made pioneering contributions to the design, development, testing, deployment, and operationalisation of the indigenous Airborne Early Warning and control system inducted into the Indian Air Force, as well as several other flagship programmes at DRDO. She graduated from IISc with MSc (Engg) and PhD degrees in Aerospace Engineering in 1994 and 2002 respectively.

BS Murty is currently the Director of the Indian Institute of Technology (IIT), Hyderabad. Murty has been recognised for his contributions to the fields of high entropy alloys, non-equilibrium processing of materials by mechanical alloying, and bulk metallic glasses. He has also established several key facilities, collaborations, and conferences in metallurgy. He graduated from IISc with ME and PhD degrees in Metallurgy in 1988 and 1992, respectively.

Sethuraman Panchanathanis currently the Director of the National Science Foundation (NSF), USA. He has made contributions to research on human-centred computing solutions benefiting individuals with disabilities. He is also an innovator, entrepreneur and institution builder, and has been appointed earlier to the US National Science Board and the National Advisory Council on Innovation and Entrepreneurship. Prof Panchanathan graduated from IISc with a BE degree in Electronics and Communication Engineering in 1984.

Keshab Panda is currently the CEO and MD of L&T Technology Services Limited. He has been recognised for his contributions to engineering R&D, in particular for steering the growth of engineering services businesses such as Satyam and L&T. He has also been closely associated with leading industry bodies such as NASSCOM, CII and the Indo American Chamber of Commerce. Dr Panda graduated from IISc with an ME degree in Aerospace Engineering in 1985.