Appification of space is a chance to leverage a big shift to unlock value. VCs and Isro take note. 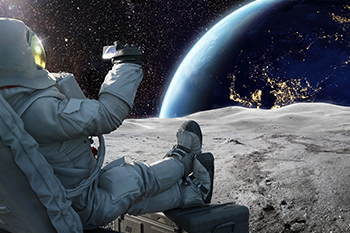 The business of space is where the Internet was in the 1990s. India has an opportunity to move fast and unleash creativity and entrepreneurship in a market that is still young. However, for that to happen, venture capitalists and the government need to develop long-term vision and take more risks.

Over the last few years, the US National Aeronautics and Space Administration (Nasa) has been intent on returning to the moon, this time for good, and has placed the onus on executing its plan on private companies. Recently it announced USD370 million in funding to 14 companies, including biggies like SpaceX, Lockheed Martin, United Launch Alliance, and lesser-known names like Astrobotic, pH Matter, and Intuitive Machines. Each of these