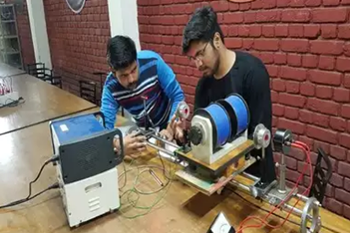 BENGALURU: More than a year after India demonstrated its first anti-satellite missile tech that could kill satellites using interceptors launched from ground, a startup (Digantara India) incubated at IISc’s Society for Innovation and Development (SID) has begun work on counter-space technology that can disable enemy satellites using in-orbit lasers.

Digantara, which is developing India’s first space-based surveillance platform to track space objects and provide Space Situational Awareness (SSA), will launch a constellation of nanosatellites — first of which will be put in space next year — that use lasers and sensors to detect and track objects.

It is also looking at tweaking its space object detection technology to protect Indian satellites from adverse actions of foreign satellites, which it feels will benefit India’s defence forces.

Started in 2018, the firm so far has a funding of Rs 50 lakh — Rs 25 lakh from SID, and the remaining from two Government of India schemes run by the ministry of MSME and the DST, which they availed through IISc.