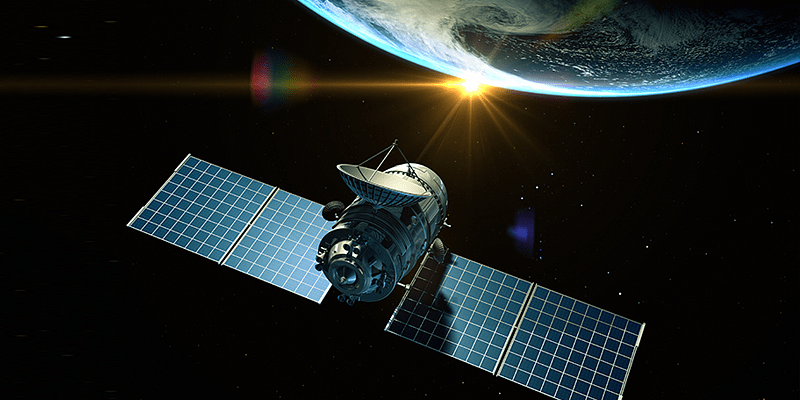 Government agencies and spacetech startups are increasingly opting for the deployment of small satellite constellations, which can do the same job as conventional large-sized satellites but at a lower cost.

The race to win space began in 1957 when the Soviet Union launched Sputnik-1 into an elliptical low Earth orbit (LEO). Today, there are about 3,372 satellites in space, of which 2,612 are in LEO.

Like any machine, satellites have evolved since then. The last few decades have seen a boom in the development of small satellites (smallsats) along with large-sized geostationary satellites, which are time-taking innovations that need high investment. This is why small satellites have been attracting attention, from public and private players since 2012. 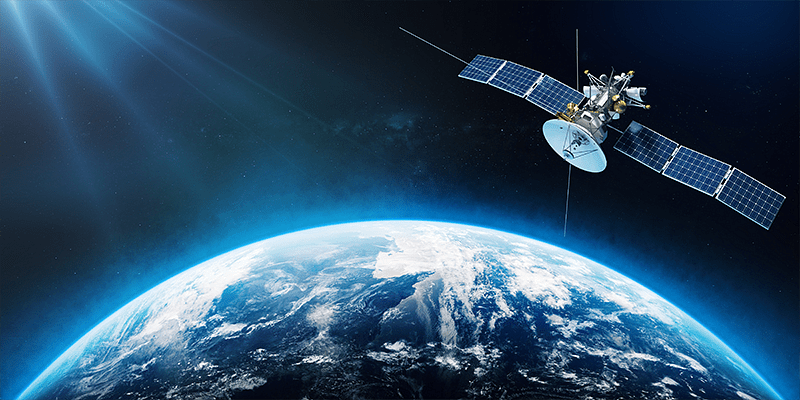 Last September, during an industry event, NITI Aayog member and former Defence Research and Development Organisation (DRDO) chief V K Saraswat said small satellites would dominate the global space sector and revealed that 7,000 small satellites were expected to be launched by 2027, with a total value of $38 billion.

Speaking to YourStory, Anirudh Sharma, Co-founder, and CEO of SID, IISc-incubated ﻿Digantara Research and Technologies Pvt Ltd﻿, explained that small satellites can do “the same job” as conventional satellites but at a “much lower cost”.

“Almost everything from our daily life such as GPS and communications depends on satellites. With technological advancements, smallsats have been replacing conventional large satellites, which are not only expensive but take two to three years development time. These reasons have led government and private players to move towards deploying smallsats,” Anirudh said.

Awais Ahmed, Co-founder, and CEO of spacetech startup ﻿Pixxel﻿, explained that the shift towards small satellites is mainly because they take lesser time investment for development. He added that instead of launching one large satellite, a constellation of small satellites helped reduce the risk of mission failure. 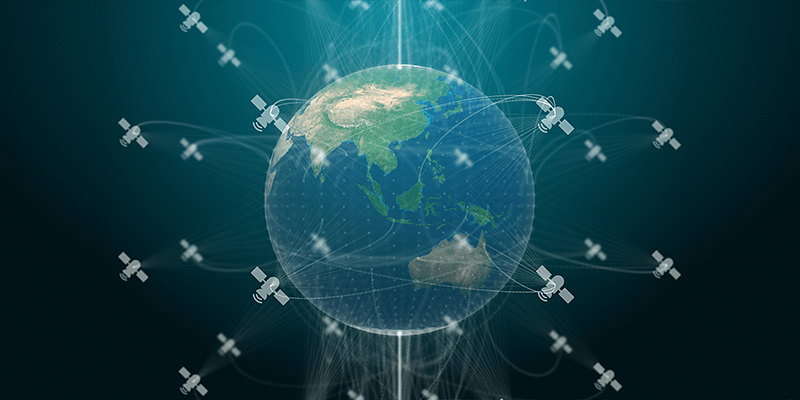 Awais said small satellites could be used for enabling IoT networks, ensuring communication and internet reach, and for earth observation.

Meanwhile, Bengaluru-based ﻿Grahaa Space﻿ is developing a cluster of earth-observation nanosatellites, which will be programmed to stream near real-time high-resolution space videos.

Apart from this, small satellites can also be deployed for ensuring communication and internet connectivity. For instance, Elon Musk’s Space X has built Starlink, a constellation of small internet satellites in the LEO, to ensure internet access across the world. According to reports, as of now, there are 1,300 Starlink satellites in the LEO.

Sanjay Nekkanti, Founder and CEO of ﻿Dhruva Space﻿, says: “Small satellites enable rapid deployment of new technologies for a better understanding of the world around us. Using technology to augment traditional process and on-ground sensors in the fields of agriculture and weather would greatly help us maximise output and serve the needs of the country. This could also be supplemented with satellite-based IoT communication to provide improved business intelligence.” 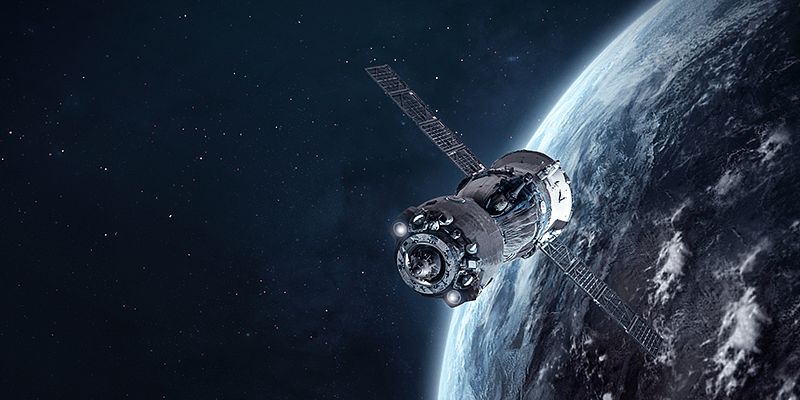 The market and outlook

All stakeholders unanimously agreed that the sector is expected to grow exponentially, especially with the opening up of the spacetech sector to include private players.

Ramesh Kumar V, Co-founder of Grahaa Space, feels the spacetech ecosystem might see around five to six unicorns in the next five years. He said the opening up of the space sector will mean not only spacetech startups but academia and students could also plan their own space missions and innovations.

Yashash Karanam, Co-founder of ﻿Bellatrix﻿ Aerospace, which is building in-space propulsion systems and orbital launch vehicles, said maybe hundreds of small satellites were being launched from India per year till now, but going forward after the opening up of the spacetech sector thousands of satellites may be launched every year.

“Launch vehicles and satellites are two different markets, but they are interdependent on each other. With the sudden boom in the small satellite sector, the demand for launch vehicles has also increased. But more satellites means more space traffic,” Yashash said.

According to data from MarketsandMarkets, the global small satellite market size is projected to grow to $7.1 billion by 2025 from $ 2.8 billion in 2020 at a CAGR of 20.5 percent. It revealed that the growing demand for LEO-based services, Earth observation imagery, analytics, and increasing number of space exploration missions are driving the growth of the small satellite market.

The increasing number of satellite deployment in space again has raised concerns regarding overcrowding and the formation of space debris — non-functional and malfunctioning satellites.

Digantara’s Anirudh said while the number of smallsats is increasing, there is a need to ensure space monitoring to keep track of space debris.

However, one thing is clear: the opening up of the sector will bring more players into the arena, helping India increase its contribution to the global space economy. 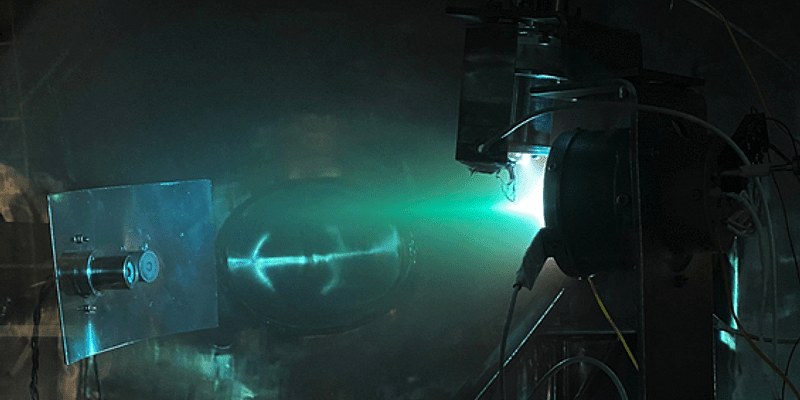 Spacetech startup Bellatrix Aerospace’s Hall Thruster is a highly efficient electric propulsion system that’s ideal for microsatellites weighing 50kg to 500kg and can be scaled up for heavier satellites. Bellatrix is working towards flying this thruster on a satellite mission in the coming months.

In a first in India, spacetech startup ﻿Bellatrix Aerospace﻿ has successfully tested the country’s first privately built Hall Thruster, a highly efficient electric propulsion system that’s ideal for micro-satellites weighing 50-500 kg and can be scaled up for heavier satellites.

Bellatrix is working towards flying this thruster on a satellite mission in the coming months, which it expects will open the space transportation company’s gateway to the commercial market by the end of this year, the startup said, adding that this thruster also forms a critical technology for the space taxi that it is developing.

“With this addition to our portfolio, we are in a position to offer best-in-class electric propulsion systems. We have designed this thruster with numerous considerations that make it an ideal engine to power the major satellite constellations that will be launched during this decade. Our Microwave Plasma Thrusters offer the highest thrust-to-power ratio for heavier satellites”, says Bellatrix CEO and CTO Rohan M Ganapthy. 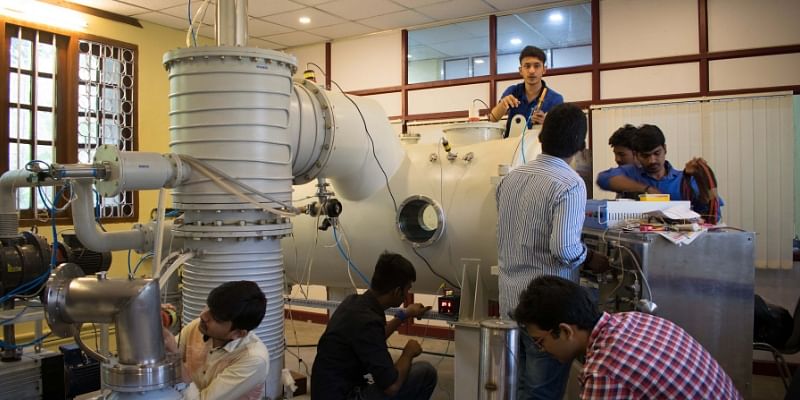 “Heaterless cathode technology is the key innovation that sets us apart from the competition by increasing the life and redundancy of the system. We are also the first in the country to have designed it to operate efficiently at very low current levels. The entire team of scientists and advisors at our Electric Propulsion System Division (EPSD) have put in relentless efforts to prove this can be independently done in India by a private company from scratch,” Rohan adds.

“Having officially transacted with DOGE for a deal of this magnitude, Geometric Energy Corporation and SpaceX have solidified DOGE as a unit of account for lunar business in the space sector,” said Geometric Energy’s CEO Samuel Reid.

SpaceX Vice President of Commercial Sales Tom Ochinero added that the mission will demonstrate the application of cryptocurrency beyond Earth orbit and set the foundation for interplanetary commerce.

The statement added that DOGE has proven to be a “fast, reliable, and cryptographically secure digital currency that operates when traditional banks cannot” and is “sophisticated enough to finance a commercial Moon mission in full”. 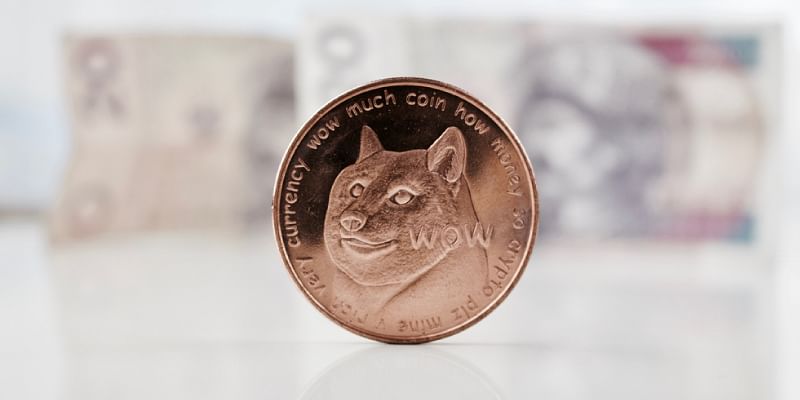 “It has been chosen as the unit of account for all lunar business between SpaceX and Geometric Energy Corporation and sets precedent for future missions to the Moon and Mars,” it added

POINTBLANK LLC, Mimir Solutions, and Iteration Syndicate (ITS) will collaborate with Geometric on software and hardware design for the mission.

The announcement came on Monday after Dogecoin showed high volatility over the weekend. The crypto has given almost 10,000 percent returns in the month of May and recovered late Sunday evening after a dramatic fall on Saturday.

Founded in 2013 by software engineers Billy Markus and Jackson Palmer, Dogecoin is an open-source peer-to-peer cryptocurrency. 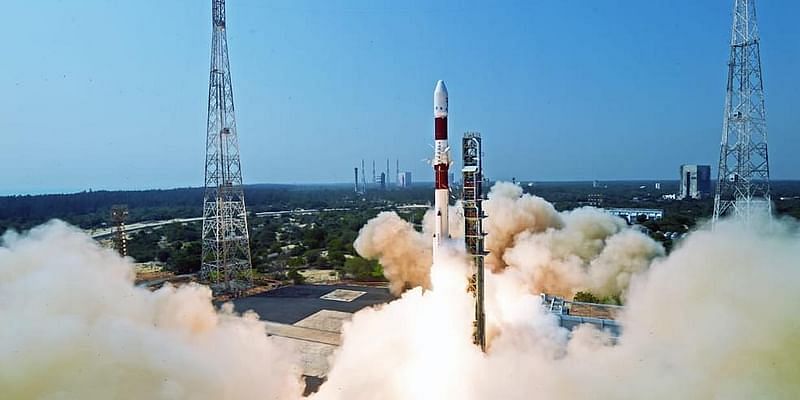 Until last year, India’s spacetech efforts were headed by national space agency, ISRO. But in 2020, the sector saw a major transformation with new spacetech norms, which opened up the sector for private players.

India’s spacetech sector has come a long way. Headed by the Indian Space Research Organisation (ISRO), which was launched by Dr Vikram Sarabhai on August 15, 1969, ISRO has been at the forefront of driving the space sector till now.

With the demand for space-based applications and services growing in the country, the government decided to open the sector to private players in 2020. The unlocking of the spacetech sector has thus opened up a plethora of opportunities for the private sector, including startups, MSMEs, and academia, among others. 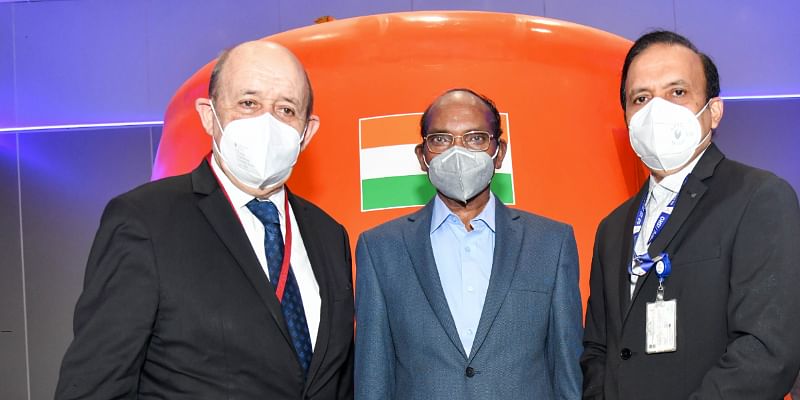 As a part of this agreement, equipment developed by France space agency, CNES, and aboard the International Space Station (ISS) will be made available to Indian astronauts of Gaganyaan mission

Space agencies of India and France on Thursday signed an agreement for cooperation for the former’s first human space mission, Gaganyaan, a move that will enable Indian flight physicians to train at French facilities.

French space agency CNES said under the agreement, equipment developed by it, tested and still operating aboard the International Space Station (ISS) will be made available to Indian crews.

The CNES will also be supplying fireproof carry bags made in France to shield equipment from shocks and radiation, it said.

“Under the terms of the agreement, CNES will train India’s flight physicians and CAPCOM mission control teams in France at the CADMOS centre for the development of microgravity applications and space operations at CNES in Toulouse and at the European Astronaut Centre (EAC) in Cologne, Germany,” the CNES said.

The training of astronauts is a critical aspect of the human space mission project. Flight physicians or surgeons are responsible for astronaut’s health before, during and after the flight. Currently, all space physicians are from the Indian Air Force.

France has a well-established mechanism for space medicine. It also has the MEDES space clinic, a subsidiary of CNES, where space surgeons undergo training.

The agreement provides for CNES to support the implementation of a scientific experiment plan on validation missions, exchange information on food packaging and the nutrition programme, and above all, the use of French equipment, consumables and medical instruments by Indian astronauts.

“This cooperation could be extended in the future to parabolic flights operated by Novespace to test instruments and for astronaut training, as well as technical support for the construction of an astronaut training centre in Bangalore,” the CNES said.

The Gaganyaan orbital spacecraft project was kicked off in August 2018. It originally intended to send astronauts from India to mark the 75th anniversary of the country’s independence in 2022.

However, the mission has been delayed due to the restrictions imposed in view of the coronavirus pandemic.

ISRO is targeting the first unmanned mission under the Gaganyaan project in December. This launch was to take place in December last year. This mission will be followed by another unmanned mission. The third leg is the main module.

France and India share robust ties in the area of space cooperation. The first space agreement between France and India dates back to 1964. Existing partnerships between the two nations cover almost all areas of space activity. ISRO will also be launching the joint Oceansat 3-Argos mission this year.

In March 2018, India and France had unveiled a joint vision for space cooperation. The two nations have also agreed to work on inter-planetary missions to Mars and Venus.