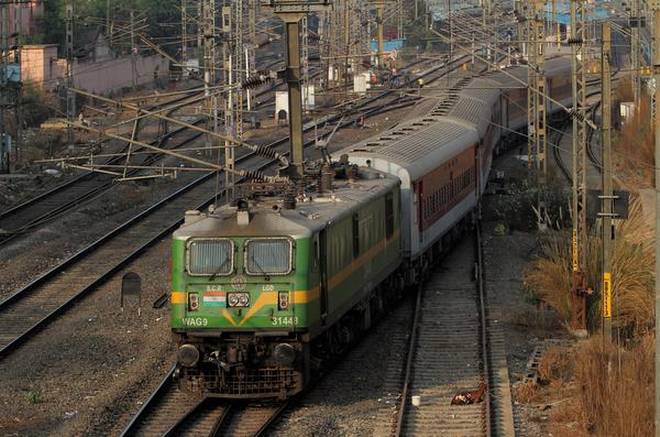 Indian Institute of Science (IISc.) and L2M Rail, a Society for Innovation and Development (SID) incubated start-up, signed an MoU with Kerala Rail Development Corporation Limited (K-Rail) to enhance technology for safety of trains and structures in difficult terrain.

L2M Rail and IISc. developed Fiber Bragg Grating (FBG) sensing technology to build a Structural Health Monitoring System (SHMS), which would be used to monitor civil engineering structures of K-Rail’s Silverline project. Through this partnership, K-Rail would ensure the safety of trains on the proposed Silverline project – a 530-kilometre, double line stretch between Thiruvananthapuram and Kasargod.

Silverline project aims to improve connectivity between the two ends of Kerala by setting up a Semi High-Speed Rail corridor from Kasaragod to Thiruvananthapuram with the aim of reducing ravel time from 10 hours at present to less than 4 hours. Trains are expected to run at 200 kmph, which is more than 4 times the current average speed of 45 kmph.

The project is expected to raise the bar in terms of safety standards. The partnership addresses the need for accurate, real-time data regarding the condition of all rail structures. FBG sensor technology would ensure the stability and integrity of structures even in vulnerable areas, which comprise a large part of the terrain covered by the Silverline project.

Ensuring rail safety in areas prone to heavy rainfall, floods and earth slip, or characterised by weak soil necessitates a shift from conventional manual inspection. The ideal solution is constant, technology-driven monitoring of both running trains and rail structures.

Sreenivasa Rao Ganapa, co-founder, L2M Rail said, “There is a gap between the critical need for rail safety and availability of systems that constantly monitor both trains and railway structures in real time. Structural defects are generally identified only when an accident occurs. Preventative identification of weak links could help avoid mass casualties, like the recent collapse of the metro rail structure in Mexico.”

The potential of FBG sensor technology is immense, and its application is not restricted to rail monitoring. The technology can be applied to any field that necessitates constant, real-time monitoring and timely warnings to identity damage, he added.

V. Ajith Kumar, Managing Director, K-Rail, said, “Rail safety has always been a key concern for us. While trains are inspected regularly, structural damage is more likely to go unnoticed during a manual inspection. These innovative solutions are expected to strengthen Silverline infrastructure and taking preventative action against potential rail casualties.”