Drone rules 2021 is being considered a landmark policy that will enable mass adoption of drones across sectors. Drone experts, startups and investors in the space call it progressive and comprehensive. One of the biggest benefits that it offers is the abolition of many approvals, which drastically reduces the time to start any operations. 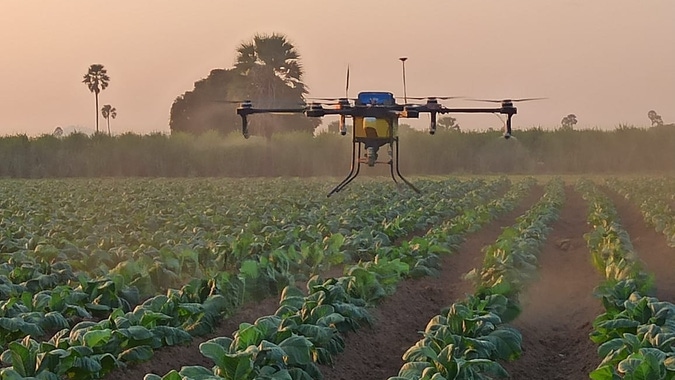 “As compared to earlier rules, Drone Rules 2021 has greatly simplified the process of ownership and operation of drones. This is reflected by relaxation and removal of a number of clauses,” said Anup Jindal, CEO and JMD, RMSI, a startup that undertakes drone surveys in agritech and sustainability sectors.

Furthermore, the Drone Rules 2021 offers many benefits including covering all types of drone operations such as delivery, removal of any regulatory uncertainty about deliveries, enabling drone corridors for safe carriage of cargo, nominal penalty provisions, liberalizing research and development (R&D) of all types of drones to empower experimentation and innovations, allowing drones up to 500 kgs, safety and security features such as NPNT, among others.

The MOU was exchanged between Kerala Rail Managing Director V Ajith Kumar and IISc Registrar Sudhir Warrier in the presence of Govindan Rangarajan, Director, IISc, and B Gurumoorthy, Chief Executive of SID, IISc.

The partnership addresses the need for accurate, real-time data on the condition of all rail structures. The team uses FBG-sensor technology to ensure the stability and integrity of structures even in the risk-prone terrain covered by the Silverline project. Ensuring rail safety in settlement-prone locations, flood-prone areas, earth slip locations, weak soil and heavy rainfall areas, and so on, necessitates a shift from conventional manual inspection. Constant, technology-driven monitoring of both running trains and rail structures offers the ideal solution.

Sectors That Will Benefit

The new Drone Rules 2021 have opened up a plethora of opportunities for the drone sector. Many sectors such as constructions, agriculture, survey, inspection and mapping, surveillance, delivery, disaster response, mobility, among others are expected to reap the benefits the most.

The FBG-sensor driven monitoring system will allow rail corporations to embed sensors in rail structures, enabling on-demand and continuous data, as well as 24/7 warning alerts in case of damage detection. The technology will also be customised for each structure and location.

The ease of flying in expanded green zones is expected to further promote the use of drone technology in agritech, a sector that is in dire need of technological interference to boost productivity. “Every farmer today is eager to adopt new technology. The new rules will help promote usage of drones for various use cases like pesticide spraying, crop health monitoring,” said Swapnik Jakkampudi, co-founder, Skye Air Mobility, a startup that enables drone-based delivery for enterprises and government for various verticals in logistics and supply chain.

Drones hold an important place in the construction industry. Many firms are adopting it for surveillance and mapping activities. RMSI’s Jindal tells us that a high-quality drone survey during the project design phase can help in 10-20% design savings due to various benefits such as choosing the optimum route, value engineering, identification of obstacles before construction, better land-acquisition planning and undertaking overall better visual planning for projects.

“Drones are taking an essential place in the construction process and are only growing in popularity and functionality. Major construction firms are adopting drones for their surveillance and mapping activities,” said Abhishek Burman, CEO and co-founder, General Aeronautics, incubated at Society for Innovation and Development, IISc.

Starting with vaccine delivery in the health care sector to ecommerce and food delivery, drones will now be used by enterprises and governments alike which will eventually be used for last-mile delivery, believes Skye Air Mobility’s Jakkampudi.

“The best use of drones in logistics is for time-sensitive or perishable cargo particularly to places that are hard to reach. The best examples of this are medicines, blood and vaccines required to be delivered to villages in hilly or hard to access terrain,” said Alternative Global India’s Kumar.

With the establishment of air corridors and the introduction of heavy-lift drones, we will also see an intercity movement of packages from hub to hub.

The task to do surveys and mapping currently takes a lot of human hours. This, the experts believe, can be cut down to a great extent with the help of drones. Cities will also be one of the biggest beneficiaries of a liberal drone policy. “Most of the Indian cities have not been surveyed properly and this results in large leakages and damages such a property tax leakage and illegal construction problem. With the help of drones, we can conduct illegal construction and encroachment monitoring, urban flood, forest, pollution and asset management,” said RMSI’s Jindal.

Additionally, with the help of drones, the gaps in last-mile deliveries in base maps can be removed by mapping many small lanes.

Drones have long been used for surveillance and security applications by the defense, but now there is going to be an increasing role in homeland security and even the private sector where large campuses need to be secured and monitored e.g. factories, refineries, pipelines, ports etc, said AGI’s Kumar.

The defense sector has actively been now assessing drones for logistics purposes for hard-to-reach areas with critical supplies, be it ration, medicines or ammunition. “Also, with the addition of drones in their armory border surveillance, infiltration from the borders can be controlled without the risk of lives of our soldiers,” said Sagar Naugriya Gupta, CEO and founder, Indian Robotics Solution.

Gupta also feels that with the new rules, we may see prototypes for drone taxis, which are basically large drones that can carry 2-4 passengers, in near future. This is primarily because of the increase of all-up weight of drones from 300 kg to 500 kg with the new policy. The center is also considering rolling out drone corridors for controlling drone taxi traffic.

“The ability of these drones to take-off and landing vertically, on top of high rise buildings or from a small drone port, and travel horizontally like a helicopter makes it a very interesting option of quick commute in traffic-laden roads of Indian cities,” said AGI’s Kumar.

The utility industry such as transmission lines, oil and gas pipelines etc is characterized by assets spread over large areas. This industry is currently using traditional manual methods in areas such as asset management and safety compliances.

This industry will benefit in multiple ways such as asset inspections, monitor safety compliances and usage of digital twin technology, which helps in better asset management and compliances. With the usage of drones, digital twins can easily be created for utilities leading to large operational efficiency gains.

3D Modeling extensively requires high precision data (height, depth, texture and length). Mapping companies across the globe are building this data with LiDAR technology which can be cost-effectively developed using drones fitted with Aerial LiDAR devices. “This can be far more cost-effective in comparison to running cars on-ground (ground survey) to collect the data or helicopters/planes for aerial survey. One of the most prominent use cases of 3D modeling is the creation of digital replicas of the real world (Virtual Reality) for implementing AR/VR technology,” said RMSI’s Jindal.

Modern Drones have proven their worth in disaster response and recovery in the event of landslides or floods or earthquakes or cyclones. “Drones can take on roles where relief workers and manned vehicles cannot reach. They are highly mobile and can carry various useful payloads such as cameras and sensors, along with in-built advanced navigation systems and basic safety features,” said Paras Jain, founder and CEO, Indo Wings.

Apart from the above, with the new rules, drones are expected to be used extensively in many more sectors such as the development of reliable solutions for medical emergency response, warehousing solutions and personal photography.